“I do not know how a world society of 8 billion people facing jet-propelled technological modernization, political chaos, and ecological disaster can function well enough that most people can put together the reasonably full lives that can protect them from dangerous addictions.” – Dr. Bruce Alexander, 2022

For more than half a century, Dr. Bruce Alexander has studied addiction and proposed some of the most thought-provoking insights in the field. In 2008, he published the Globalization of Addiction: A Study in Poverty of Spirit where he proposed that human loneliness and disconnection from nurturing communities are the primary drivers behind addiction. While known for conducting the Rat Park experiment in the late 1970s showing that addiction is more a function of one’s environment than inherent in a person, he continues to believe the field of addiction is stuck theoretically, holds tightly to such things as the Myth of the Demon Drug, and has failed to evolve a universal definition of addiction that has produced improved treatments and outcomes as in other fields of medicine. In this webinar, we’ll hear directly from Dr. Alexander and explore his ideas, including the notion that addiction may be among the most existential threats to our future. 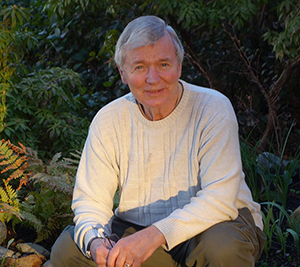 Bruce K. Alexander is a psychologist and professor emeritus from Vancouver, BC, Canada. He has taught and conducted research on the psychology of addiction at Simon Fraser University since 1970. He retired from active teaching in 2005. Alexander and SFU colleagues conducted a series of experiments into drug addiction known as the Rat Park experiments. He has written two books: Peaceful Measures: Canada’s Way Out of the War on Drugs (1990) and The Globalization of Addiction: A Study in Poverty of the Spirit (2008).